This project starts with a drawing I made when thinking about my father who was struggling with his illness and the family members who stayed with him and surrounded him in the best way possible. TAMANEGI means “onion” in Japanese. At that particular moment, I drew my family as an onion, as if the onion represented the structure of family relationships.

From a common root, a bulb emerges whose layers expand but grow in the same direction. Each layer gradually moves further away from the centre and protects the other layers, down to the very smallest, which renews the heart of the structure. Just like a family where the oldest members protect the youngest. In the same way, the thinning of the onion’s skin as it grows is similar to the way we become weaker and weaker as we age. There is one aspect in particular that interests me a lot and that I can’t translate into English.

“見守る/MIMAMORU” This word is composed of two kanji (ideograms):

It is a kind of attention/action that is almost intangible and yet quite concrete and real. An attention one can never be sure of having received, and yet constitutive.

It is typically this kind of invisible and inexpressible activity that governs family ties and which I wish to formulate plastically and share choreographically.

As in my previous show, human-sized effigies will interact with my body, only in this case, to construct a representation of family structures and dynamics; structures in which intertwined lives pre-exist and give way to each other, disappear, and leave traces that subsequent generations reappropriate. 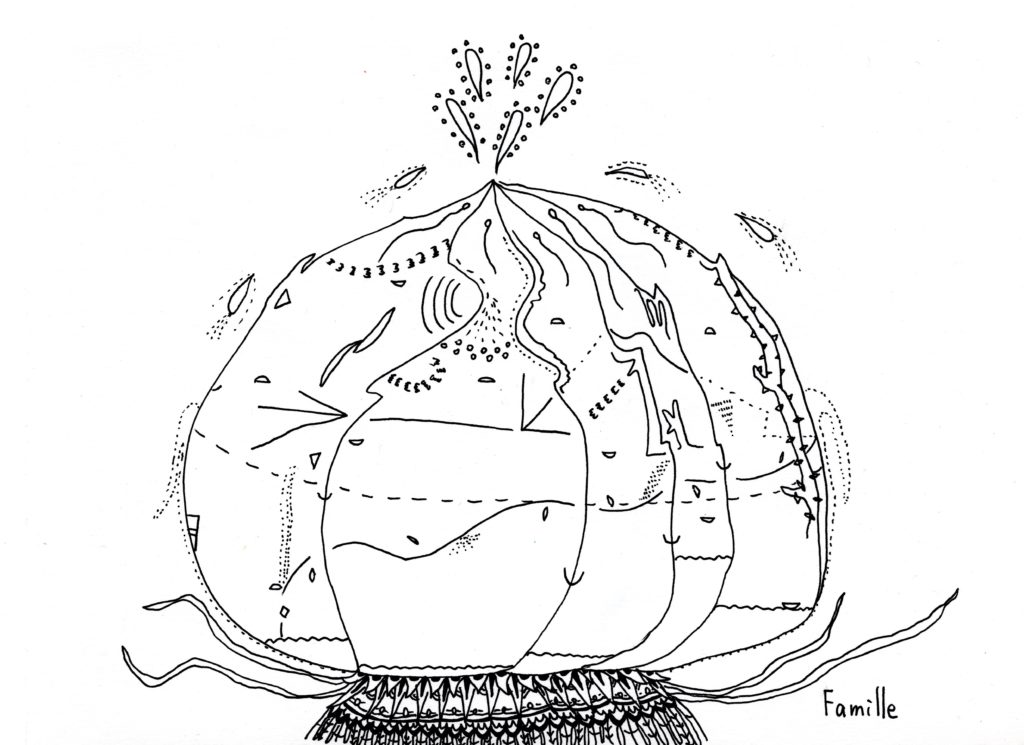 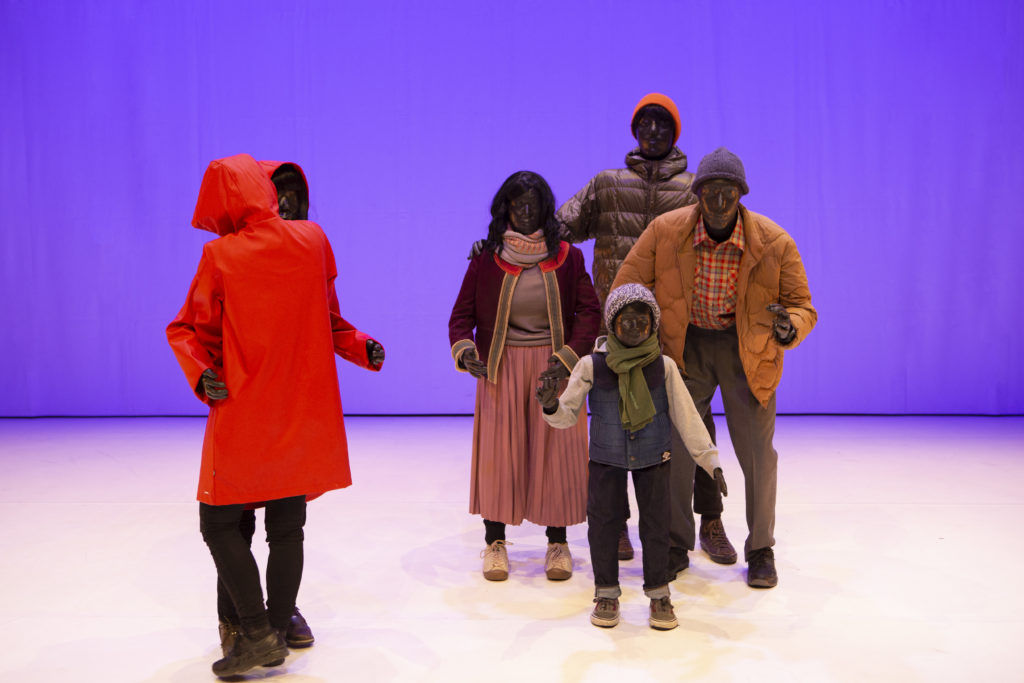 Try out (on invitation)

With the help of 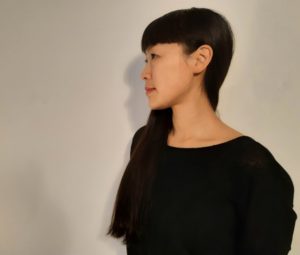 Born in Japan. Ikue Nakagawa studied at the Osaka University of Arts and continued her training at the Centre de Développement Chorégraphique Toulouse/Midi-Pyrénées. As a dancer, she has worked with choreographers  as Frank Micheletti (Koko Doko, Mondes Monde, Coupures, Archipelago, Tiger Tiger Burning Bright) and Eun Yong Lee, and as an actress, with director Pascal Rambert (To Lose, Toute la vie, Avant que tu reviennes, Libido Sciendi). She also works in collaboration with Lorenzo De Angelis, Jean-Frédéric Chevalier and Brune Campos. At the same time, she has always had some practice in drawing. In 2018 she started her personal work. She created a trio for Indian dancers YUTEN in 2018, NAKAMI in 2021.
Each of her projects has its origins in her drawing work. Each series gives rise to a scenography that she creates to introduce the body and create a piece.