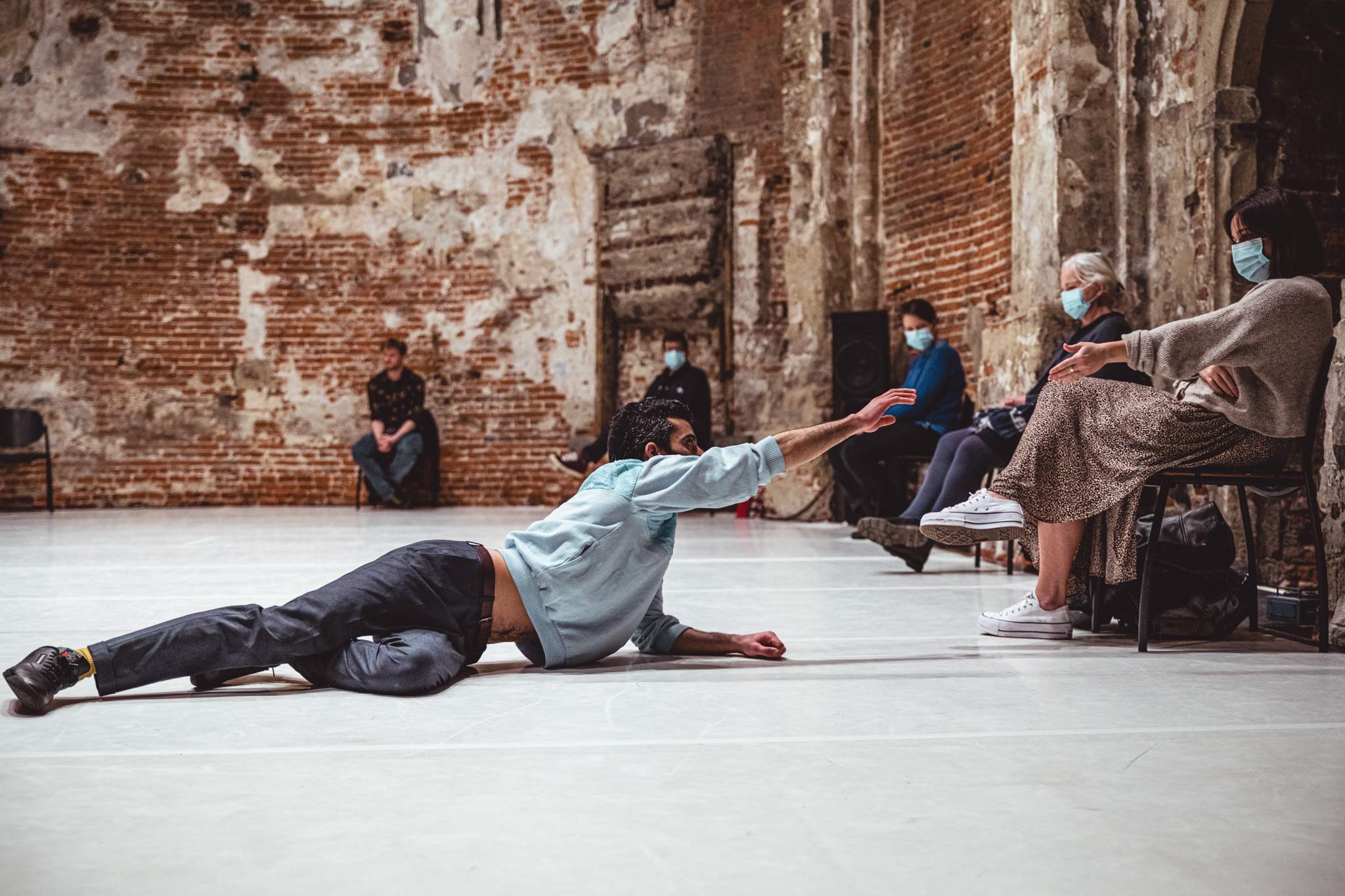 Lost and isolated by our smartphones and other electronic devices, we lose touch with each other. Division has become the language of our time. Is it still possible to be united, to be undivided? If only for a short while?

In a refined space, where audience and performers mingle, Meytal Blanaru defies this yawning chasm between us. Bodies are transformed into landscapes and magnetism operates, as in each of her shows.

UNDIVIDED invites us to dream of an island of unity, of intimacy, to rediscover the joy of being together. 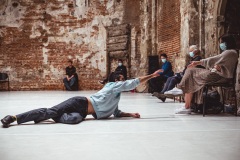 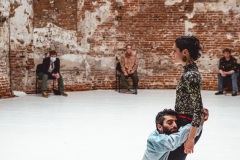 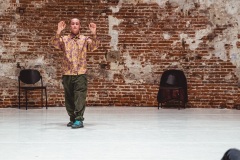 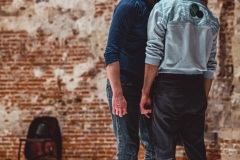 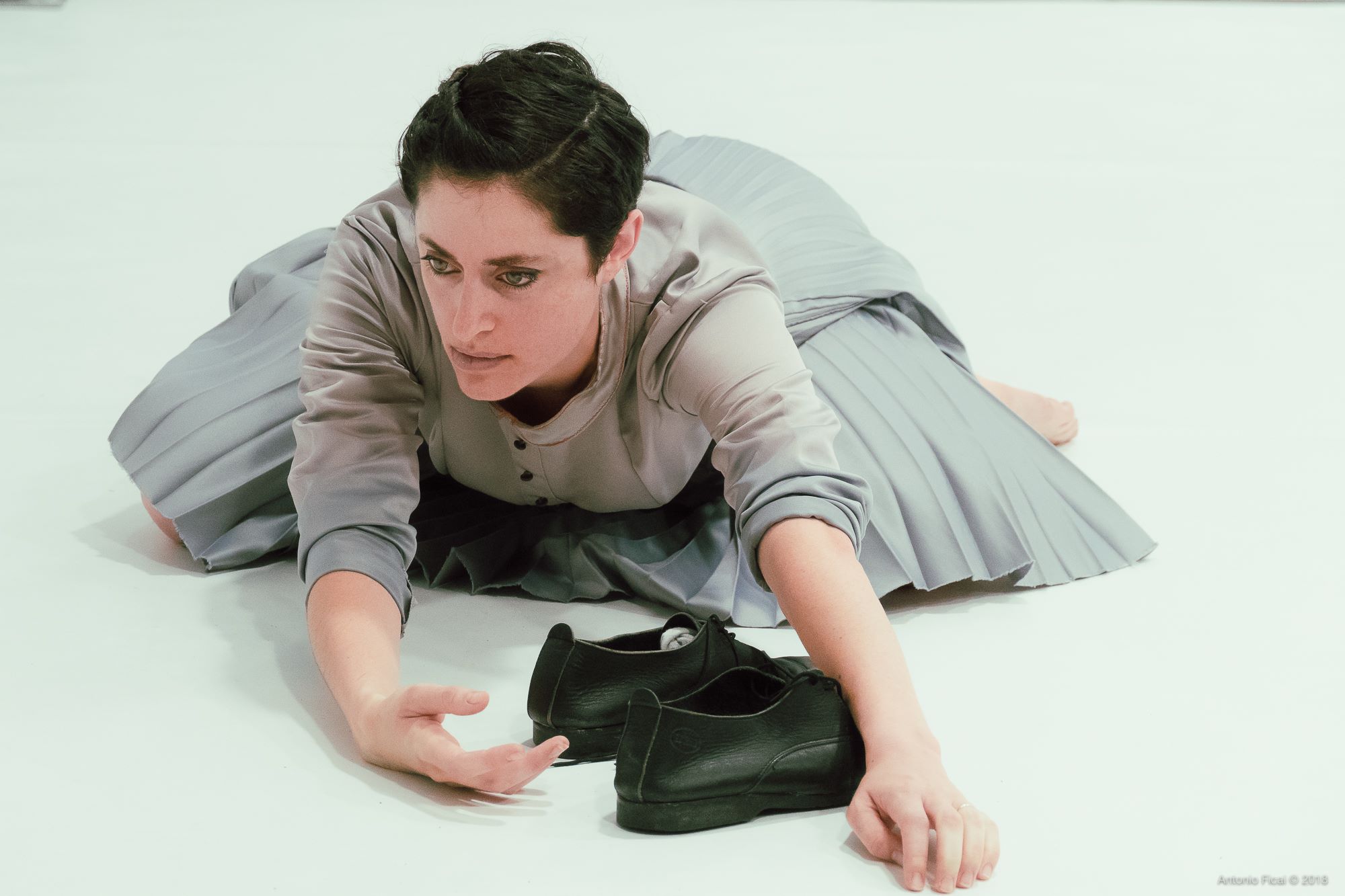 Born in Israel in 1982, Meytal Blanaru is a Brussels based dancer, choreographer and the founder of FATHOM HIGH. Since creating her 1st solo Lilly in 2008, she develops a personal movement research  that deeply alters the way she moves and perceives  the body. Inspired by the Feldenkrais method, her curiosity to create a fusion between Feldenkrais and dance leads her to slowly build a movement technique which she calls FATHOM HIGH.

In 2011, she creates her second solo AURORA, that is selected to the prestigious AEROWAVES priority list 2015 and tours extensively between 2011 to 2018 across Europe, Asia and the Middle East. In 2014, she assists Damien Jalet in YAMA – a creation for the Scottish Dance Theater. In 2015 she creates SAND, a piece for 10 young dancers, commissioned by the Salzburg Experimental Academy of Dance; Followed by ANITYA, a piece for 8 young dancers, created in 2017, commissioned by DanscentrumJette/Danske platform.

In 2018, Meytal’s new group creation WE WERE THE FUTURE is the winner the French CDCN Coprodcution, offering a vast network of theaters in France that support and program the piece for the season 18/19. She then creates HOME, a dance piece for 26 young dancers at the Salzburg Experimental Academy of Dance. Meytal has been invited by the Scottish Dance Theater Company to create a new commissioned piece for the company, due to premiere in August 2020.

Meytal is also a certified Feldenkrais teacher. She is devoted to the promotion of the Feldenkrais method into the dance community. As a part of this initiative she teaches regularly FATHOM HIGH workshops, with the aim of bringing awareness to the huge potential of Feldenkrais and neuroplasticity when applied in the dance field. She teaches in different companies and schools such as Carte Blanche,  The Scottish Dance Theater, Salzburg Experimental Academy of Dance, P.A.R.T.S , Charleroi danse, DanscentrumJette and other schools in Europe, Canada and Israel.