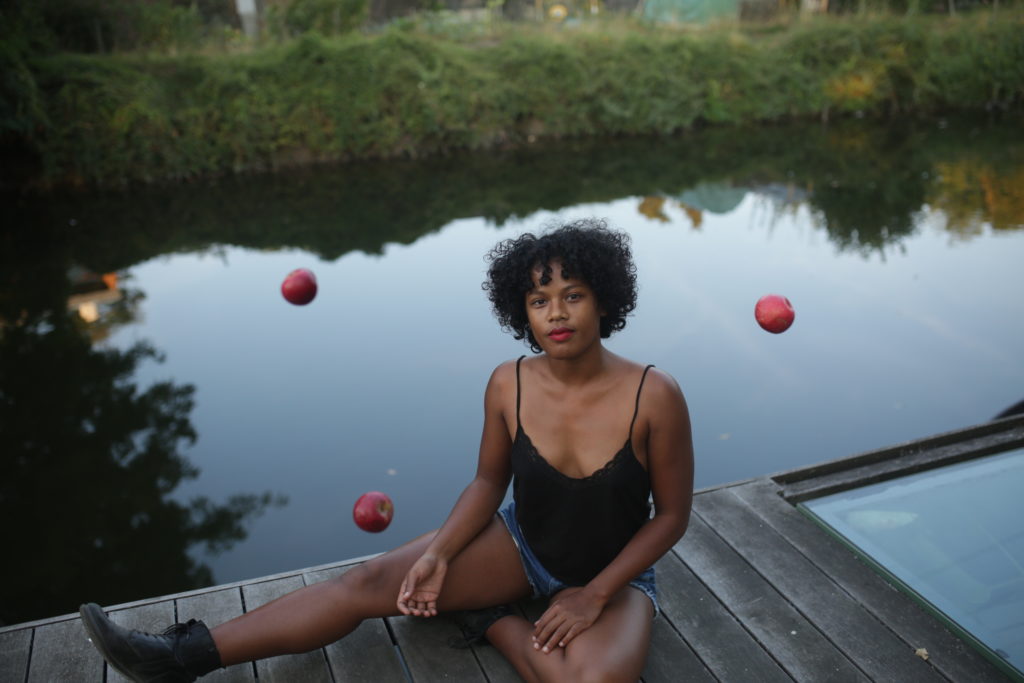 Ever since childhood, my imagination has been built around music. I always cherished family moments when we had fun performing the songs we loved. We achieved this via a series of small sophisticated gestures, amplified by the attention they received. Our bodies were blossoming, filling the silences with aplomb and audaciously anticipating the musical accents. In other words, we were trying to get into the “groove”. I continued to cultivate this dance alone, in my daydreams. Today, dedicating time to this practice has become self- evident. From this need, an urgent longing arose to write a dance piece using these movements I love.

Through this solo, I will share my relationship with dance and music based on a notion that is essential for me and yet still undefined: groove. What is groove? Maybe it’s a culture of informal transmission… We use it but cannot explain it. It’s all about the senses and intuition. That’s why it has never been elevated to the rank of “knowledge”. However, in my opinion, groove does have its share of knowledge. Groove is all about rhythm. It’s the ability to articulate rhythm in order to achieve an agreeable balance that is pleasant to hear or see. We talk about a phenomenon of embellishment. In effect, the word “groove” is a slang term that originated in jazz music at the end of the 1930s. It literally means in the groove or cut of the record (the channel for the needle).

How could a choreographic performance express groove? Can it be written?

Outside view and archiving

With the support of

Dancer and choreographer, Soa Ratsifandrihana trained at the Conservatoire National Supérieur de Musique et de Danse de Paris. She then joined companies with singular universes. Soa works with James Thierrée, Salia Sanou and Anne Teresa de Keersmaeker.
Among many productions, she dances Tabac Rouge, Du désir d’horizons, Rosas Danst Rosas, Rain, Drumming – or Fase in which Soa takes over Anne Teresa’s solo Violin Phase.
In parallel to her work as a performer, she continues to develop her own work through different projects. She collaborates with musicians Sylvain Darrifourcq and Ronan Courty in Tendimite, a minimalist and nervous writing. In 2017, she is invited by the festival ” Le Printemps des Poètes ” in Grenoble to present a short solo. Today, based in Brussels, she is involved in the creation of a new solo project entitled G R O O V E.